The nation’s report card, NAEP, recently released a study showing the performance of students over the last 50 years, and the results are disheartening. The test was designed “to improve the effectiveness of our Nation’s schools by making objective information about student performance in selected learning areas available to policymakers at the national, regional, state, and local levels.” That was a lofty goal, but unfortunately, the test has showcased the failure of implementing any substantial educational policies. What improvements in education have occurred since the inception of the test? The periodic reports indicate a general decline in performance. How are policy makers using the information generated by NAEP?

In fact, the NAEP long term trend report states, “The overall national trend in mathematics shows improvement for 9-year-old and 13-year-old students in comparison to 1973.” Yet the test has had several revisions over the years, so it begs the questions, as to how comparative these tests are?

Comparing the most recent results to the last administration in 2012 is bleak. The average mathematics score at age 13 was lower “for 9-year-olds at the 10th and 25th percentiles and lower for 13-year-olds performing at the 10th, 25th, and 50th percentiles.” The reading scores were unchanged from 2012, but were still low. In fact, according to the Wall Street Journal, the results point to the failure of inner city schools to educate their minority population. “In a number of these school districts, proficiency rates for black eighth graders are down in the single digits (see Detroit’s 4% for math and 5% for reading, or Milwaukee’s 5% for math and 7% for reading). Most are in the low teens.” In fact, the national results are similar to U.S. rankings on the international PISA exam.

With the nature of work becoming more technological an intellectual, these data underscore a serious impending problem for our students and our society. 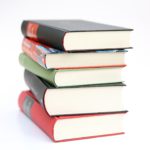