Dr. Fishbein is the Founder and President of the national grassroots movement No Left Turn in Education. She has extensive professional background in the nonprofit field. Throughout her undergraduate and graduate education as well as her professional career, Dr. Fishbein’s focus has been on the disadvantaged children, youth and their families from low-income and distressed communities. These experiences covered a broad spectrum of concerns related to education (formal and informal) and welfare issues, particularly child abuse, neglect and violence in the family. Dr. Fishbein’s early training was in clinical social work, and as she advanced in her career she focused on planning, policy, management and research. Dr. Fishbein was an organizational consultant for many years.

Dr. Fishbein earned her a bachelor’s degree in Social Work from the Hebrew University in Jerusalem. In her masters at Rutgers University, she concentrated on designing social change. Her interest in maximizing service effectiveness, efficiency and impact led her to the doctoral program at the University of Pennsylvania School of Social Policy and Practice. Combined with course work at the Wharton Business School, she specialized in management and program evaluation.

Dr. Fishbein grew up in Israel and served in the Israel Defense Forces. She is a married full-time mother of three boys (20, 11 & 9) and lives in the suburbs of Philadelphia. 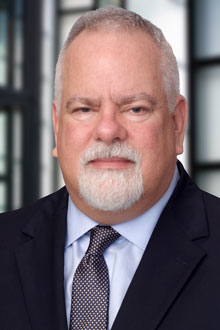 Christopher Bakes is recognized nationally for the breadth and depth of his practice, the high profile of his cases, matters and transaction, and the results he has obtained in a range of industries, from tech and entertainment to construction and real estate.

He has represented the largest companies in the world, doing so in courts across California and the United States. He has litigated information technology and intellectual property disputes, health care contracts, government contracts and contracting, actions involving significant federal and state statutes, research and development (R&D) contracts, and major construction and real estate development contracts. He has litigated multiple matters of first impression in both state and federal courts, and is known for the size, complexity and high-profile of his cases.

His volunteerism includes the Boys and Girls Club of the Peninsula, Cristo Rey High School, and the All Hallows Concert, and the School Board of the Catholic Diocese of Sacramento.

• Chaired the Feasibility Study that opened Cristo Rey High School (for the immigrant and urban poor), and was the founding board chair.

• Was lead counsel at the district court, the Ninth Circuit and the U.S. Supreme Court in the advancement of gay-lesbian civil rights in the armed forces.

• Founded and participated in multiple music and literacy programs for the urban poor and marginalized throughout Northern California.

• Has been a relentless advocate of educational excellence for the poor, including a sustained campaign to advance school choice for the poor.

As part of his work in support of No Left Turn in Education, Chris as Board Chair assists in the design of legal theories for deployment against unconstitutional acts and actions of government now invading our public schools. Chris also advises Catholic school parents on their remedies under Canon Law. 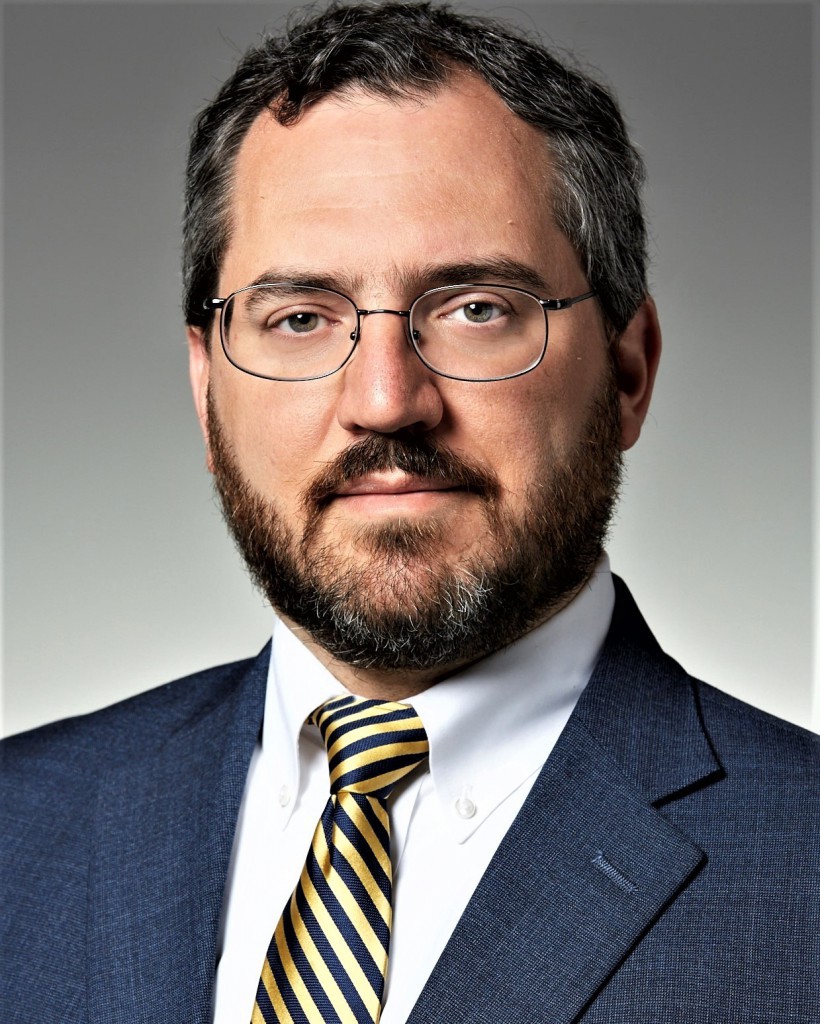 Brian Gottesman is a partner at the law firm of Berger Harris LLP. Over the course of his career he has counseled the principals of corporations and closely-held alternative entities on issues relating to their governance and management at all stages of a company’s existence, as well as serving as counsel in litigation in Delaware courts, particularly in the Court of Chancery. Brian is the co-author of Litigating the Business Divorce, (Bloomberg BNA, 2016) and was the co-editor and co-author of the Delaware Statutory Trusts Manual (Matthew Bender, 2010). Brian also provides third-party legal opinions on Delaware law relating to limited liability companies, business trusts and other Delaware entities involved in structured finance deals, commercial real estate acquisitions, business mergers and other transactions. In this area of practice he has given lectures at a number of national law firms, and is the co-author of Delaware Entities and Opinion Letters, Commercial Real Estate Financing 2006: What Borrowers and Lenders Need to Know (Practising Law Institute, 2006), and More than Bargained For? Topics for Consideration in the Issuance and Acceptance of Delaware LLC Opinions, 81-FEB N.Y. St. B. J. 20 (2009).

Brian is a graduate of Harvard Law School and of the University of Rochester. He serves pro bono as an attorney guardian ad litem for the Delaware Office of the Child Advocate. Brian is a member of the Richard S. Rodney Inn of Court and the Carpenter-Walsh Pro Bono Inn of Court, and served from 2004 until 2009 as an Associate Member of the Delaware Board of Bar Examiners. 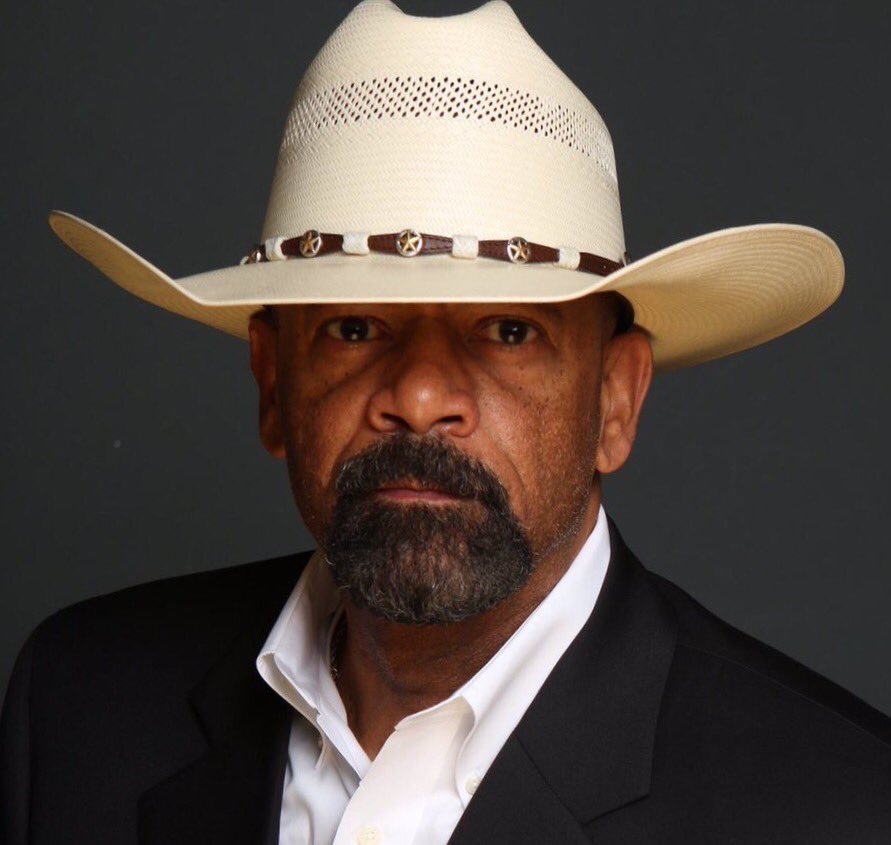 David A. Clarke Jr. Board Member

Milwaukee County Sheriff (Ret.) David A. Clarke Jr. is a law enforcement executive with 38-plus years of experience. A lifelong resident of the City of Milwaukee, his public service career began in 1978, at the Milwaukee Police Department (MPD), where he served 24 distinguished years. During his eleven years as a Patrol Officer, he received meritorious citations for felony arrests

Clarke was promoted in 1992, to Lieutenant of Detectives and four years later to Captain of Police, and soon thereafter became Commander of the Department’s First District.

In 1999, Clarke became Commanding Officer of MPD’s Intelligence Division, which was responsible for producing and sharing intelligence, and providing dignitary protection in conjunction numerous federal agencies. He served as MPD’s liaison with the United States Attorney’s Office.

In November 2002, he was elected to his first of four four-year terms as Sheriff of Milwaukee County.

Currently, the Sheriff serves as President of America’s Sheriff LLC and President and Chairman of the Board of Rise Up Wisconsin Inc a 501(c)4 a grass roots political organizing movement.

Sharon Slater is the president of Family Watch International (FWI) and the chair of the United Nations Family Rights Caucus. She is a consultant to multiple UN member states on life, human sexuality, and family policy issues. Sharon authored the book “Stand for the Family: A Call to Responsible Citizens Everywhere,” also known as the “Family Defense Handbook.” Sharon serves on the board of the Political Network for Values, a global platform and resource for legislators and politicians across the globe defending human life, marriage, family or religious freedom and conscience. She co-chairs the US-based Protect Child Health Coalition.