Thank you for your special meeting on January 31, 2022 reviewing the books Out of Darkness, Gender Queer, and Lawn Boy.

I would like to point out a few things, however.

First, Ms. Smylie, towards the end of the meeting, infers that parental concern is a “distraction” from real work.  That is absolutely insulting.  I have read the books. I have written to the board about them and researched them. To imply that parents are only doing this for “distraction” sake is absurd.  Trust me, I have far better things I could be doing with my time. I am participating in this because public school students deserve the highest quality academic and creative materials and resources available.  These books do not meet that standard.  This has nothing to do with the ethnicity or sexuality of the characters.  This has to do with the level of discourse and gratuitous nature of the sexual and violent passages in these books.  Plenty of books make people “uncomfortable” that absolutely should be kept in school libraries.  For example, if the board members read anything by (minority) Thomas Sowell, they would feel “uncomfortable”, not because of grotesque sexual descriptions (of which there aren’t any), but because of his massive intellect and dealings with facts.  And yet his books are not present in the school libraries.  As I’ve mentioned in letters before, OCS has banned books like Indian in the Cupboard because of “uncomfortable” stereotypes, yet on 1/31 all the board members emphasize they won’t “ban” books.  The board members already have agreed to ban books—readily and enthusiastically and just a few months ago.

Also, Ms. Smylie, implies that parents are merely questioning these books as part of a larger well-funded racist effort.  Parents are not parents, but members of well-funded political groups, bringing frivolous concerns on behalf of partisan politics, according to her uncited rant.  I am part of a volunteer parents’ rights organization.  It is non-partisan: a recent financial donation was given by a registered democrat.  Expecting a higher standard of intellectualism in public schools is a non-partisan issue.  And we aren’t “well-funded” like Megan Squire of the SPLC (SPLC has over 150 million dollars in offshore accounts) or others from Equality NC—specialty groups the board has used for policy decisions that are grossly partisan.  For board members to make that claim without any research, self-examination, or direct discussion with people like me is close-minded, hardly “tolerant”, and outright incorrect (not to mention hypocritical).

As for Ms. Stephens comments about parents suppressing books specifically about history and minorities, that is patently false.  But Ms. Stephens has been guilty of ethics violations, so I suppose misrepresenting parental concerns on her end is not too far-fetched.  I argue that the libraries don’t go far enough in representing minority views.  For example, Cedar Ridge, in which the books in question are located, does not have the following per the media center online database:

This is just a short list of black, gay, and female authors, and authors writing about historical racism and events that Cedar Ridge High School doesn’t have in circulation.  I would love for the OCS libraries to have these books.  Why don’t they? The truth is the “expert” librarians are only interested in some books by minorities, as is Ms. Stephens. It is the “experts” and the board members who are interested in suppressing viewpoints, not parents.  For example, even though I disagree with Ibram Kendi, and find his ideas damaging and not based in fact, I would never argue to remove his book, Stamped, from the school libraries (this despite the fact that Dr. Kendi has made transphobic and racist public comments that would “cancel” several others).  His book does not contain the unnecessary graphic sexual and violent images that the three books in question do.  I would argue, however, that there needs to be a balance of ideas and without books by minorities listed above, the schools are shorting students on every level.

To end, I ask Ms. Bonnie Hauser and the rest of the board this rhetorical question: “What are partisan progressive librarian “experts” and board members so afraid of, that they need to call parental concerns “distractions”, and suppress several minority-written books from the district libraries, as demonstrated above while falsely claiming parents are racist in their concerns about graphic sexual material in school libraries?”

To call parents “racist” in this context, the usual illogical fallback argument for the Left, is to lack any argument based on merit or critical thought. 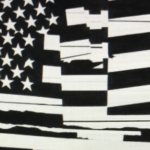