Skip to content
When I met my son’s engineering professor about 12 years ago, he told me that he never grades on a curve.
When I asked him why, he answered “Because no one wants to be driving across the bridge or riding on the elevator built by the kid who got a C on the curve.”
Diversity, Equity and Inclusion;
Common Core;
Social and Emotional Learning;
Critical Race Theory;
Affirmative Action…..
ALL programs which effictively dole out Cs on the curve to whomever wants or “needs” one.
They aren’t helping anyone.
They are designed solely to create submission to the modern day power class.
There is no long term plan.
Only the greed of the current generation of oligarchs; and the broad level ignorance of the masses.
COMPETENCE IS NECESSARY FOR CIVILIZATION TO SURVIVE.
You can feel all warm and fuzzy about “lifting people’s self esteem” and “being all equitable and stuff”;
But all the participation trophies and good deeds in the world aren’t holding up the building you’re standing in or the bridge you’re crossing when they begin to crumble beneath your feet or the wheels of your car.
Or curing whatever ills the vaccines are causing or any other natural health concerns which society inevitably faces.
The remnants of the Egyptian Pyramids, the Roman Pantheon and The Greek Acropolis are all still standing.
But the societies have long since perished.
They had what it took to accomplish the most magnificent of human achievments.
But they traded their excellence for lust.
Just as we have.
Something of us may remain.
But it will stand as all ruins do, as the historic tale of what once was great but perished for the sake of human greed, lust, apathy and ignorance.
*Ancient America – if we are remembered at all.
The Romans, Greeks and Egyptians left their enduring marks in physical structures.
We’re leaving our “mark” on a cloud.
Poof!
-Anne LaValle 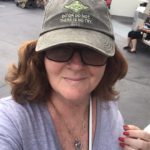 Anne on the Issues

I am a wife, a mother of seven young adult children, and a grandmother of three, so far <3 . An accountant by trade and a former Board of Education Trustee for the Wappingers Central School District in Dutchess County NY, I have been acutely aware of and active in exposing and opposing governmental overreach into our children's education system since 2013.

As parents, we have the right and responsibility as primary educators of our children. We pay school taxes to our local districts and are entitled to a voice in the policy setting process and to seats at the policy setting table. Over recent years, indeed, decades, our voices have been demonized and purged from the processes and decisions which affect our own children's everyday lives and the decision making processes have been moved from our local communities to our state capitols and even to the federal government. Our children are ours to raise by God's ordination and the federal and state governments have no business inserting themselves between us and our precious children via our local education systems.  And yet that is exactly what they have done.

I am committed to working in any and every way possible to remove the intruders and to protect our children from the political and financial power class which are currently using them as bait in their dangerous games of greed and lust for power. I am happy to be working with the No Left Turn in Education organization in their efforts to protect children and parental rights from radical education policies and all forms of governmental overreach into our children's everyday lives.

This author does not have any more posts.